Muslims and Christians in Europe - Shared Perspectives on a Common Future 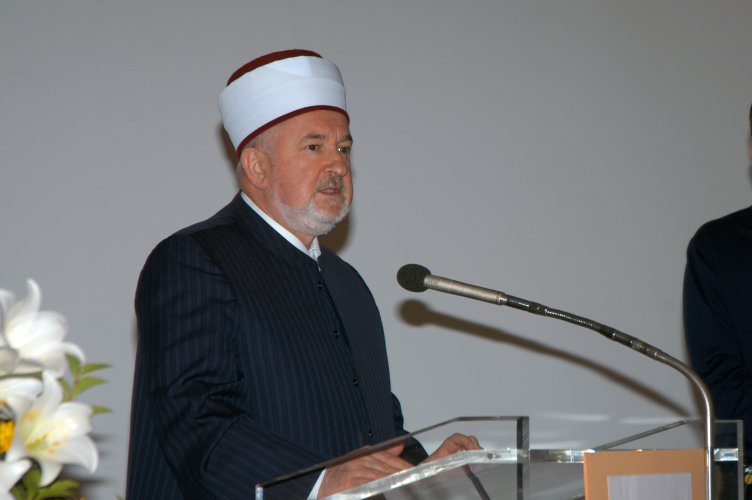 I would like to express a deep gratitude to brother Wilhelm Sabri Hoffmann, the Chairman of the Christian-Islamic Society, for the Invitation to attend the 25th anniversary of the Christian-Islamic Society in Cologne. I believe that this Society is a good example of a rich soul and an open mind of Europe which is aware of its unity in religious and cultural diversity.

The Christian-Islamic Society in Cologne is a pioneer in reminding us of the importance of the Muslim-Christian dialogue in Europe not only as a divine imperative, but also as a social demand which has no alternative. Hence, the Christian-Islamic Society deserves our full support. Its work is in the spirit of the recent message of 138 Muslim scholars to their Christian friends to share their "common Word of faith" - indeed to share their "common sense of responsibility" for the peace and security in the world.

The arrival of Islam in Europe occurred through two main Gates: the gate of the Iberian Peninsula in the 8thcentury and the gate of the Balkan Peninsula in the 14th century. Eight centuries of the Islamic presence in Andalusia, Spain, produced a unique culture of religious and cultural tolerance as well as academic freedom which has greatly helped Europe on its way to humanism and renaissance. Unfortunately, the idea of the Andalusian tolerance did not survive the European history. By the end of 15th century the Jews and Muslims had been forced to leave the Iberian Peninsula for good. About seventy thousand Sephardic Jews of Andalusia had migrated to Sarajevo with their unique manuscript of Haggadah, which is today an important symbol of the Jewish- Bosnian history.

By an approximate estimation thirty million Muslims live in Europe today. They represent three different groups: 1) indigenous; 2) emigrant; and 3) born. Although Islam is their common religious identity, those groups differ in their human experience and their life expectations. The indigenous Muslims have on their back a big burden of history and expect to be supported in their struggle for their religious and cultural continuity in Europe; the emigrant Muslims are making an effort to establish themselves inEurope and expect to overcome the status of a European stranger; and the European born Muslims are in the state of struggle to preserve their Islamic identity in a challenging European political, economic and cultural environment, expecting someone to tell them how to be a genuine Muslim and a proud European.

I see Europe as an open society with multiple identities of a particular political mind, of a unique cultural heart, of a pluralistic religious soul that is happy in its unity of purpose with a diversity of spiritual opportunities.

The Muslim integration in Europe should be two ways approach. For, it is not only for the Muslims to adopt European values, but also it is for Europe to change its attitudes towards the Muslims. We all take different paths in life, but no matter where we go, we take a little of each other everywhere!

"The first thing created by God was the 'aql (reason)." (Hadith)

1. What are the key problems impacting interfaith understanding at the beginning of 21st century?

[W]hat I ask of the free thinker is that he should confront religion in the same mental state as the believer ... [He] who does not bring to the study of religion a sort of religious sentiment cannot speak about it! He is like a blind man trying to talk about color.

First, from my Bosnian experience, I can witness that the intolerant religious expression is not result of one's deep and honest religiosity, but rather the lack of it. Those who adopt religious beliefs freely and gradually, express it gradually and peacefully. But those who are denied the right to learn about religious beliefs freely and gradually in a manner of their family or community tradition, tend to be later, when they discover their religious roots, impatient in their desire to make up what they have missed. This observation might be applied to almost all the postcommunist societies, which were based on the total or partial denial of religion as such.

However, the communist approach toward the idea of God and religion as Karl Marx's "opium" is just an application of the state forced suspension of religious freedom. We have to observe, though, that the Godless movement, particularly in Europe in last few centuries, is also responsible for the lack of "religious sentiment" the result of which, I believe, are today's problems of interfaith misunderstanding. We have now generations who are educated on the assumption as if God does not exist, but suddenly they are discovering that God does exist after all and that "religions are founded on and express "the real", as Emile Durkheim insists. As we can see, the indifference toward the issue of God and religions cannot hold on any more. People are faced with "the real" of religions, but they are equipped neither with religious experience nor religious knowledge how to deal with "the real of religions". The ignorance brings about fears. And fear is the most powerful enemy of reason which often leads to intolerance and violence. It is well known saying: "Men feared witches and burnt women".

Second, I am aware that it is nothing new to say that ignorance is the main cause for an interfaith misunderstanding, but it would be probably new if 1 say that some information and certain intellectual concepts may be the reason for interhuman misunderstanding as well. lt has been already observed that the Cartesian concept about the human beings led many people to believe that "we are separate from the earth, entitled to view it as nothing more than an inanimate collection of resources that we can exploit however we like... The old story of God's covenant with both the earth and humankind, and its assignment to human beings of the role of good stewards and faithful servants, was - before it was misinterpreted and twisted in the service of the Cartesian worldview - a power-ful, noble and just explanation of who we are in relation to God's earth. What we need today is a fresh telling of our story with the distortions removed".

Physics is our story about physical, chemistry about chemical, biology about living, psychology about inner human and sociology about interhuman dimension of our life, whereas religion attempts to provide a comprehensive explanation of the entirety of life. Religion tends to be absolute in the sense of unlimited truth claims. Hence, we humans are aware more and more that our statements about "the ultimate meaning of life" are limited. However, those who want to make their statements as "unlimited truth clams" tend to assume the place of religion. They make religion part of the problem rather than of the solution through a comprehensive knowledge. For, there is a difference between information and knowledge. One may be well informed but not necessarily knowledgeable. Thus, ignorance and poor knowledge are two "problems impacting interfaith understanding at the beginning of 21st century".

2. Can reason and the experience that derive from the Enlightenment and secular life provide common ground for people of different beliefs, or are they necessary an impediment keeping them apart?

In fact, it is a wrong assumption that to be "enlightened" one should be free from religious feelings that have brought us not only to the lack of interfaith understanding, but also to the crisis of intercultural communication. And it is the misinterpretation of the secular as a Godless life that have created the tension between the State and the Church.

I believe that we are today at the most interesting crossroad of interchange of religious and secular as well as of rational and spiritual life because we are aware that religion without reason cannot fulfill its mission, but also we know that reason without faith cannot deliver. In the same way as the minds of secular thought have been disturbed by the incompetence of rationality of religious men, the minds of religions thought today are irritated by the corruption of morality of secular men. Historically, the minds of rationality were able to reshape the religious life for the last few centuries. It remains to be seen whether the minds of religion are capable to bring into the secular life its lost spirituality.

We need a new Enlightenment, indeed - we need to enlighten "the Enlightenment" by putting into it the spirit of morality and decency. We need a new Westphalia where the reason and faith should meet in the manner of mutual trust and humility. The faith should provide reason with a strong confidence in its search for the meaning of human life and the reason should provide faith with a right balance in its endeavor to find the link between spiritual and physical world.

Ours is not the time of separation of the essential elements of social life. Ours is the time of unity in diversity. Hence, the faith is too important to be left to the theologians alone, and the politics is too serious to be left to the politicians alone. There is no one-reason solution for our today's problems and there is no one-faith domination for our today's needs. We have no choice but to share the space with many reasons and many faiths. The three Abrahamic faiths - Judaism, Christianity and Islam must accept the fact that they share the same idea of cosmogony and eschatology; that they share the same space of the link between the Heaven and Earth - Jerusalem; that they share the same God's Commandments of Sinai - you shall worship One God, you shall be good to your parents, you shall not kill, you shall not steal...

3. Can possibilities for cross-religious cooperation be developed, or are hopes that tolerance and reconciliation might transcend religious boundaries simply unrealistic?

I am coming from the country which has a long history of cross-religious cooperation. But, also, I am coming from the city of Sarajevo which is known by the war at the beginning and the end of last century. 1 want to tell you that the 21st started without a war in Sarajevo. This is a good sign of hope that this whole century will end up without wars in Balkan, Europe and the world. After all, Sarajevo deserves to be the symbol of peace, the city of tolerance and the inspiration for reconciliation.

The fact that the postwar time or postpeace agreement in my country witness no violence and no revenge for genocide demonstrate that the aggression against my country and my people was not religious. On the contrary, the war against Bosnia and Herzegovina was against all religions and all moral values. It is the evil of man which religion cannot control that makes some people violent in the name of religion. But those who kill innocent people in the name of God are not men of God. They are men of evil.

Hence, it is the voice of sound reason that those who want truth and justice instead of revenge and those who work for reconciliation instead of continuous conflict to be awarded not punished. I say that because it is really humiliation for us Bosnians to stand before European embassies in Sarajevo for visas. The good Bosnian are saying now that the humanitarian aid which was coming from Europe during the four years of Sarajevo besiege is taken back through the visa charges. But this is not matter of money. It is the matter of honor and respect. I believe that the Bosnians have shown to the whole world that they are worth of respect for their crossreligious cooperation and tolerance.